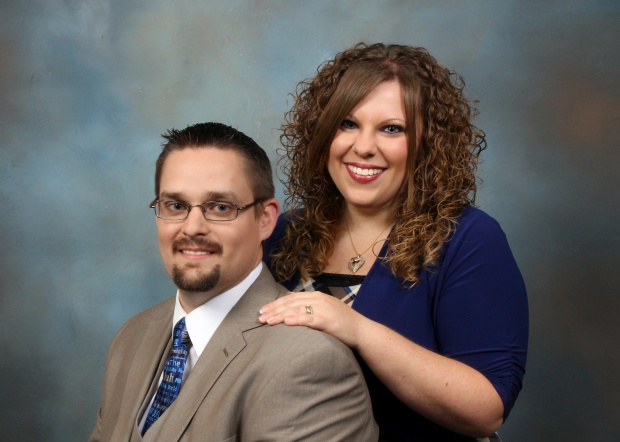 I was raised in church and I was saved during a fall revival at Crooked Fork Baptist Church when I was 12 years old. I had sat through services all week and was under strong conviction during invitation each night. On the last night, which was a Friday, I was once again under conviction at invitation time. I went forward to the altar and was saved that night.

The Lord dealt with me for quite a while about preaching his word, but I ran from the call because of my backwardness and fears. It came to the point that I feared the Lord would quit dealing with me and never use me because of my disobedience. I sat down with my pastor and he assured me that “the gifts and callings of God are without repentance.” Romans 11:29. I surrendered to God’s call to preach in March of 2010 and preached for the first time at Elmira Baptist Church on April 10th, 2010.

I was saved when I was 5 years old at Copen Independent Baptist Church in the spring of 1991. I don’t remember who was preaching or who even dealt with me at the altar. All I remember is my mom was sitting on the right side of me, when I told her I needed to be saved she immediately started to cry and we went forward. There is not a doubt in my mind, I know the Lord saved me that Sunday Morning and my life has never been the same!

Our Call to the Mission Field:

Shortly after we were married, the Lord began giving us a burden for missions. Even before we married Lesli had surrendered to be a missionary’s wife when she was young. We have supported several missionaries for years and were always excited each time a missionary would come through our church. We were burdened with the fact that as we lived in a place with churches on every corner and in every holler, but there were many people around the world that had never heard the gospel and couldn’t go to church if they wanted to because churches didn’t exist in their area.

After being called and surrendering to preach, the Lord continued to stir our hearts toward missions. I knew that is what he wanted for our lives, but didn’t know when or where. As each missionary would come and present their field, we would pray and ask God if it was where he wanted us. Finally a couple came through and told of their burden for Ireland. We stood and talked to them for a long time after service was over about the field to which they were called. As we drove home that night, we discussed what we had heard and felt. We both felt as if Ireland might be the place God wanted us. We continued to pray seeking God’s will over the next couple weeks as it began to consume our hearts and minds. God gave us assurance that this was indeed his will for our family. We sat down with our pastor and told him of the burden God had given us. With his full support we announced to the church that God had called us to be missionaries to Ireland on August 17.